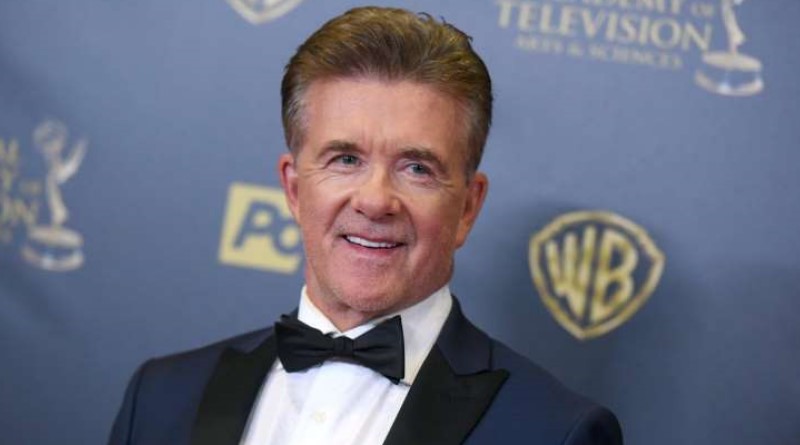 Alan Thicke, a Canadian singer, songwriter and actor best remembered for his portrayal of a father who was the ultimate suburban middlebrow dispenser of advice to his children on the television sitcom “Growing Pains,” died on Tuesday. He was 69.His death was confirmed by the talent agent Nigel Mikoski, who represented Mr. Thicke. He died of a heart attack, Carleen Donovan, a publicist for one of his sons, the singer and songwriter Robin Thicke, said in an email.

Mr. Thicke had a genial warmth that he projected across all of his television work, most memorably on “Growing Pains,” which ran from 1985 to 1992. He played a psychiatrist, Dr. Jason Seaver, a classic 1980s formulation of the reassuring father, and solved everyone’s problems with a warm homily by the end of each 30-minute episode.

The role earned him the nickname America’s Dad, and his character was ranked No. 37 in a list of the “50 Greatest TV Dads of All Time” from TV Guide.

Mr. Thicke displayed a diversity of talents that included songwriting. He wrote the theme songs for numerous game shows, including “The Joker’s Wild,” “Celebrity Sweepstakes” and the original “Wheel of Fortune,” and he most memorably co-wrote the themes for “Diff’rent Strokes” and “The Facts of Life” with Al Burton and Gloria Loring, his first wife and the mother of Robin Thicke.

The “Diff’rent Strokes” theme, in particular, was a masterpiece of the genre, setting up in less than a minute the story of a white multimillionaire who took in (and later adopted) two black children:

His career included stints as a talk-show host (his “Thicke of the Night” lasted from 1983-84), a soap opera star (he appeared on “The Bold and the Beautiful” as the talk show host Rich Ginger) and a game show host. He also played himself in appearances on the television show “How I Met Your Mother.”

He was nominated for Primetime Emmy Awards and for a Golden Globe Award in 1988 for Best Performance by an Actor in a Comedy/Musical series for “Growing Pains.” He was also nominated for a Daytime Emmy in 1998 for Outstanding Audience Participation/Game Show for “Pictionary.”

He had been a head writer on the satirical talk show “Fernwood 2 Night,” which was a spinoff from “Mary Hartman, Mary Hartman.”

He self-deprecatingly called himself “the affordable Shatner,” a reference to his appearances at public events that were said to have been turned down by the fellow Canadian actor William Shatner of “Star Trek” fame. Mr. Thicke was a host of the annual Disney Christmas Parade with Joan Lunden in the 1980s, the Miss Universe pageant and the Canadian Comedy Awards.

Tributes posted on Twitter warmly remembered him as a television father who was also well regarded in the acting community.

He was honored in 2013 with a star on Canada’s Walk of Fame for his decades of acting and writing.

“We started in northern Ontario in a small town where I didn’t even see a television set until I was 7 years old,” Mr. Thicke said at the unveiling, ET Canada reported. “So when you take that moment and fast-forward to what I’m experiencing today with my family here and feeling embraced by my country — that’s unique.”

Mr. Thicke wrote “How To Raise Kids Who Won’t Hate You” and “How Men Have Babies: The Pregnant Father’s Survival Guide.”

In addition to his son Robin, Mr. Thicke is survived by two other sons, Brennan and Carter, and his wife, Tanya Callau. Two previous marriages ended in divorce, according to the Internet Movie Database.

Hours before his death, Mr. Thicke commented on Twitter about “Fuller House,” a follow-up to the television series “Full House.” He recently appeared on the Netflix comedy series as a guest star in its second season.

“Season 2 Fuller House looking good,” he wrote. “I even like the ones I’m not in!”