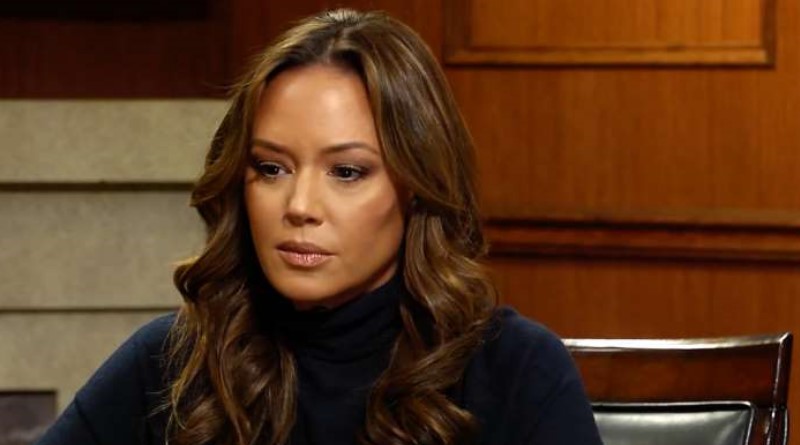 Leah Remini isn’t backing down on her stance against Scientology.

Amidst the success of her searing A&E docuseries Leah Remini: Scientology and the Aftermath, the actress and author could soon be living the harsh reality of the latter portion of the program’s title. During Friday’s episode of Larry King Now, Remini welcomed a lawsuit from members of the controversial religious organization, which she followed for 34 years between 1979 and 2013.

“The church calls your reality show ‘a scripted, rehearsed, acted and dramatized work of fiction featuring liars who have, for a profit, been telling differing versions of the same false tales of abuse for years, many reviewed and discredited in courts of law,’” King told the 46-year-old star, noting the group’s disdain for the program, which explores the experience of Remini and several former church members with a critical focus. “They’re saying you have liars.”

“Then they should sue us. It’s as simple as that,” Remini responded. “They say this on every outlet they can. They have said that about every single person who’s spoken out, and not one lawsuit has been brought to anybody.”

She continued: “This is not a group that is scared of a lawsuit. They’re a litigious group. If that were true, they would simply sue us. And I welcome them to do that.”

The Church of Scientology has threatened legal action against its detractors in the past. In 2015, it published a five-page letter in The Hollywood Reporter criticizing director Alex Gibney’s expository documentary Going Clear: Scientology and the Prison of Belief ahead of its leader, David Miscavige, threatening to sue his father, Ron, for publishing a tell-all memoir earlier this year.

Remini, who also wrote a book about her dealing with Scientology, titled Troublemaker, told King the church’s bark doesn’t scare her, and she plans to bite back as long as she can.

“What I’m not going to stand for is an organization with this kind of money to continue to do things like that and to bully people and to harass people and to defraud people out of their lives, their money, but more importantly their families,” she said. “I’m just not going to sit around and watch it happen.”

Watch a snippet of Remini’s interview with King above.