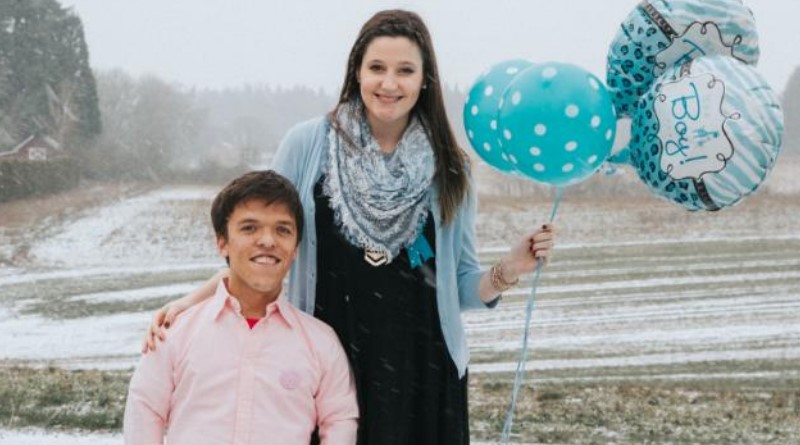 The Roloffs are expecting a baby boy!

During a reveal party on Saturday night, the Little People, Big World stars shared their big baby news in front of 50 of their friends and family, PEOPLE can exclusively reveal.

Zach gave a sealed envelope from the ultrasound to a close friend ahead of learning about the baby’s sex. The couple was supposed to have a party outside to release balloons but a snow storm hit so they moved the big reveal inside.

The couple announced back in November that they were expecting their first child together, but decided to wait until after the holidays to find out the sex.

“We are waiting until after Christmas to know the gender to go crazy buying things,” Tori told PEOPLE. “We are just enjoying the moment right now.”

Now that their secret is finally out the pair can start stocking up on everything they need for their baby, due in May.

“We are super excited and can’t wait to be parents.”