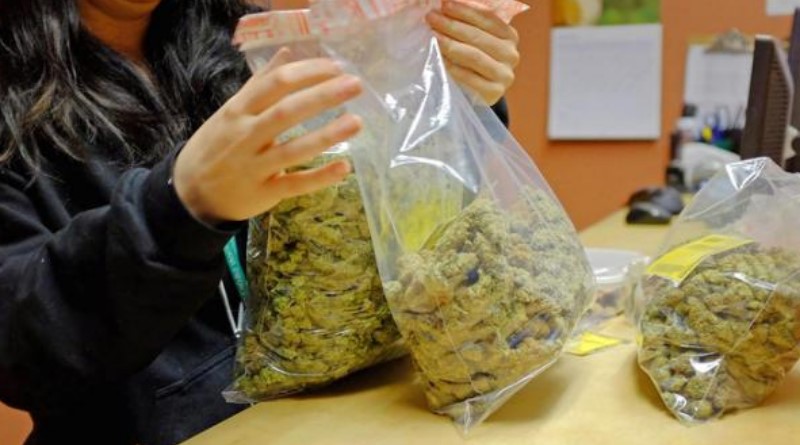 This year marked a turning point for marijuana, both as a cultural movement and as an industry. Polls show a record percentage of Americans now favor legalization, and most of us already live in a state with some form of legal cannabis. California, home to more than a tenth of the U.S. population and the sixth largest economy in the world, just approved recreational marijuana. In 2017, expect the momentum to grow with further mainstreaming of cannabis and the cementing of the industry.

Los Angeles will emerge as the marijuana capital of the world. The financial industry has Wall Street, the tech industry has Silicon Valley, and the cannabis industry will soon have Los Angeles. No disrespect to Denver, but Los Angeles is about to come out of the shadows and steal the spotlight.
By some estimates Los Angeles’s medical cannabis market is already worth close to $1 billion, larger than Colorado’s entire recreational market. Unfortunately, most of that business operates in the shadows today. But that is about to change. In early 2017, the city is expected to pass an ordinance that will clear the path for a proper licensing program and pave the way for a robust recreational market. Surrounding cities are joining in with programs of their own that will support cultivation, production and lab facilities. Investors have taken notice too, and capital is flowing to fund local ventures. Meanwhile, California’s state treasurer recently launched a working group to address the cannabis industry’s banking challenges. Expect to hear big news out of Los Angeles in 2017.

A major U.S. sports league will approve the use of cannabis. Ricky Williams, Kyle Turley, Seantrel Henderson, Kareem Abdul-Jabbar, Phil Jackson, Steve Kerr…the list of professional athletes, retired or still playing, who have copped to using marijuana is long and growing.
In Williams’ case, the former NFL star has turned his love of cannabis and sports into a business enterprise. He and a partner are expected to open what has been dubbed “the world’s first cannabis gym” in San Francisco, serving marijuana-infused products to its members.Whether cannabis helps with athletic performance is debatable, but what is becoming increasingly evident is that marijuana helps relieve pain – a common condition for those who bang their bodies for a living. Kerr, the head coach of the Golden State Warriors, has been quoted as saying “I don’t think there’s any question that pot is better for your body than Vicodin… And yet, athletes everywhere are prescribed Vicodin like it’s Vitamin C, like it’s no big deal.” Some like Henderson, an offensive lineman for the Buffalo Bills, are choosing to violate league rules for the sake of their health. That shouldn’t be. The leagues won’t be able to ignore the clarion call for change much longer. Medical marijuana is legal in 29 states, and with professional teams’ travel schedules it shouldn’t be too hard to implement a program that doesn’t run afoul of the law. The time has come.

A marijuana-themed show will make its prime-time network television debut. If television is a mirror to our society, then network television is angled to reflect our mainstream side. Major networks seldom break ground on cultural trends, rather they build up to them, carefully gauging society’s new norms.
When Ellen DeGeneres landed her own television sitcom in 1994, she had not yet come out. She did eventually, in real life and in character. Shortly after, Will & Grace made television history featuring two openly gay men. It’s been more than a decade since Showtime launched Weeds, about a suburban mom selling pot to make ends meet. Fast forward to 2016, and weed smoking on TV has become almost blasé. A couple of pot-themed cable shows, High Maintenance on HBO and Mary + Jane on MTV, made their debut this fall to positive reviews. The stark difference between Weeds and these year’s shows is that the former focused on the illicit aspect of drug dealing whereas the latter treat pot selling as a business enterprise. The natural trajectory of this evolution will be the first prime-time television show on a major network to feature marijuana. Last year, the Hollywood Reporter broke the news that Adam Scott, of Parks and Rec fame, and his wife Naomi had received a script commitment from NBC for a show that revolves around a marijuana dispensary titled Buds. There are no reports of when the project will get the green light. My bet is that it will happen in 2017.

Commentary by Adam Bierman, chief executive officer and co-founder of MedMen, a Los Angeles-based firm that offers turnkey services for cannabis license holders and makes strategic investments in key cannabis markets across the U.S. and Canada. He is a longtime supporter of Marijuana Policy Project (MPP), helping launch the Pledge 4 Growth campaign with the advocacy group in 2015. Follow him on Twitter @_AdamBierman_.