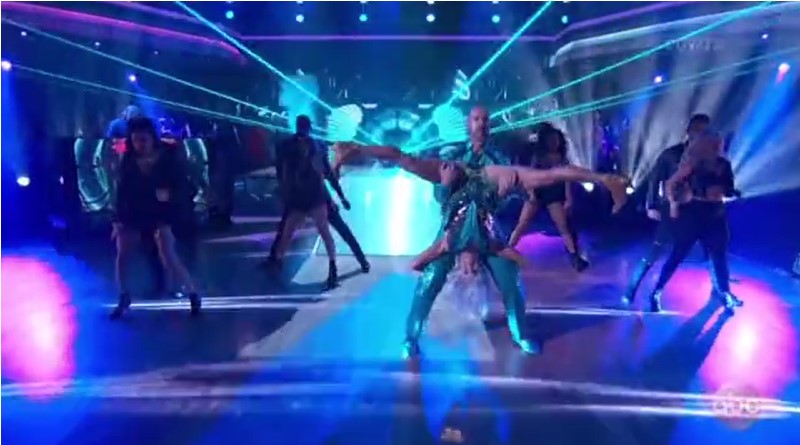 It was “A Night at the Movies” night on Dancing With the Stars as David Ross and his partner Lindsay Arnold were assigned the most caliente of salsas, the sci-fi genre salsa. And in order to keep from being eliminated they had to pulled out all the stops during rehearsal.

Anxious to nail the routines, Ross accidentally dropped Lindsay from above his shoulders directly onto her butt. Ross seemed very concerned that Arnold may have hurt herself, but he soon found out that she simply pulled her finger.

While doing a cartwheel, which ended with her in an upside handstand in front of Ross, Arnold passed gas. Not only was her rear only just a few inches from the slugger’s face, it was directly on top of his mic.

The two dancers immediately collapsed in laughter. Arnold’s initial hypothesis was that she tooted out of revenge, “He dropped me on my butt and then my butt was mad at him. It was payback.” But in the end, she blamed it on the salsa, “That sci-fi salsa got to me, that sci-fi salsa will get you every time.”