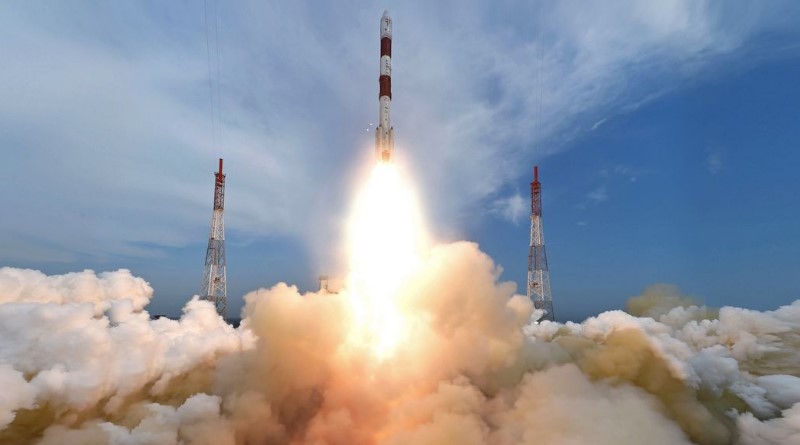 The teams will use the same PSLV rocket

Two of the teams competing in the Google Lunar X Prize competition have agreed to share a ride to the Moon next year. The Japanese team, HAKUTO, announced today that Indian group Team Indus will carry its four-wheeled lunar rover to the Moon’s surface. Team Indus announced this month that its spacecraft — a lunar lander and rover combo — is slated to ride on a PSLV rocket, a proven vehicle developed by the Indian Space Research Organization. HAKUTO’s rover will ride to space on the lander Team Indus is developing.

“This is a great demonstration of teams coming together.”

The ride-share agreement and launch contracts have been officially verified by X Prize, which means HAKUTO can move forward in the competition. “We’re proud to verify HAKUTO’s launch agreement and are pleased to see two Google Lunar X Prize teams collaborating on this mission to the Moon,” Chanda Gonzales-Mowrer, a senior director at Google Lunar X Prize, said in a statement. “The purpose of this prize was, in part, to foster collaboration in the private sector and this is a great demonstration of teams coming together in the next giant leap in space exploration.”

The Google Lunar X Prize is an international competition aimed at sending the first private mission to the Moon. In order to win, one of the 16 competing teams has to land a robotic spacecraft on the Moon, move the vehicle up to 500 meters (1,640 feet) on the lunar surface, and send back high-definition photos and videos to Earth. Additionally, each team has to fund its mission privately and can’t receive more than 10 percent of funding from a government entity. The first team to meet all of this criteria before the competition’s deadline — December 31st, 2017 — will win $20 million, while the second place team will receive $5 million. Other cash prizes will be given to teams that perform special feats on the Moon, such as visiting an Apollo landing site.

While the deadline to get spacecraft to the Moon is still a year away, there isn’t much time left for the rest of the teams in the competition to secure a launch contract. One rule of the contest is that rides to space must be booked and verified by X Prize in before the end of 2016 in order for teams to move forward to the next phase of the competition. And so far, only a handful of teams have verified launch contracts.

The first team to receive verification for its launch contract was the Israeli nonprofit SpaceIL, followed by the American-based company Moon Express, which has already received regulatory approval for its mission. SpaceIL’s lander will be flying as a secondary payload on one of SpaceX’s Falcon 9 rockets, while Moon Express plans to fly its MX-1 lander on an experimental rocket called Electron, which is manufactured by a startup called Rocket Lab. The Electron has yet to fly for the first time, however.

Meanwhile, only two other teams — Team Indus and an international group Synergy Moon — have secured verified launch contracts. A German-based team called Part-Time Scientists says it has signed a deal with Spaceflight Industries to launch a pair of lunar rovers as a secondary payload on a rocket that hasn’t been identified yet. But until X Prize announcement means just five groups have met all the requirements to move on to the next phase of the competition. But 2016 isn’t over yet, so it’s possible a few more teams may book a ride to space before the year is out.

Updated December 21st 7:30AM ET: This article was updated to clarify the agreement between HAKUTO and Team Indus.

Via Loren Grush, The Verge